On 23 October, Hungary commemorates the Hungarian Revolution of 1956. Many Hungarian citizens fought to free their country from Soviet oppression.
The Hungarian revolution took place from 23 October until 10 November 1956.
In Cspel and in Dunaujvaros the Hungarian figters for freedom opposed the Soviets the longest, till 11 November, when they had to surrender. At the end of revolution, Hungarian casualties totalled at around 2,500 dead with an additional 20,000 wounded. In Budapest 1,569 civilians were killed. Approximately 53 percent of the dead were workers, and about half of all the casualties were people younger than thirty. On the Soviet side, 699 men were killed, 1,450 men were wounded, and 51 men were missing in action.

Despite the fact that Hungarian fighters had to surrender, this revolution had a profound impact on the Hungarian society.

Source: Embassy of Hungary in the Netherlands, Wikipedia
Photo: Wikipedia: The flag with a hole with the communist coat of arms cut out, became the symbol of the revolution.

Oct 23, 2017communications unlimited
Czech Republic: Billionaire Andrej Babiš' ANO party wins general electionsBreda, the Kingdom of the Netherlands: a place combining the past with the future and reminding of common past
23rd October 2017 Central and Eastern Europe, International Journalism and PR 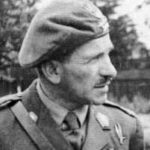 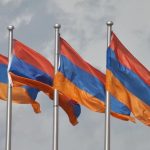