I hope I will manage to infect you with love to my country: Poland

Agata, our amazing colleague from the Polish Public TV is joining the team of Communications-Unlimited!

I have been working for public TV in Poland for 25 years. I started to work in 1991. It was the time of huge changes in Central and Eastern Europe. Poland had just become a democratic country. The German Democratic Republic joined the Federal Republic of Germany to form the reunited nation of Germany. The Socialist Federal Republic of Yugoslavia split apart after a series of political upheavals and conflicts. The Dissolution of Czechoslovakia took place. It was a self-determined split, sometimes called The Velvet Divorce. Political situation in which ‘’Eastern Bloc’’ countries were found was extremely interesting to all journalists, including me. Past 25 years were my lifetime of experience. I have always been a broadcast journalist, become specialized in live TV. I have made all kinds of broadcasts, from morning shows, song festivals` studios, live coverage of movies premieres, music, social and cultural events thru completely different topics like Parliament, presidential and self-governmental election broadcasts, political debates, official ceremonies of state holidays and the broadcast series from Polish former capital Cracow while Pope John Paul II was passing away.

My most favourite broadcasts which I loved so much were two TV series of morning shows. One of them titled “Kawa czy herbata?” (Coffee or tea?) was broadcasted on TVP1, Channel One of Public Polish Television. The other was “Pytanie na śniadanie” (“A question for breakfast”) which was broadcasted on TVP1 sister station TVP2. We were travelling a lot with our broadcasts visiting every region of our country, checking every corner. I have seen how much Poland has changed through all these years. Last year I was creating late night show “Halo Polonia” on TVP Polonia which is the international channel for Polish minorities all over the world and all viewers who are eager to know who the Poles are and how they live. I have seen a lot, learnt much and now I would like to use my lifetime experience outside TV and tell you how much my country has changed, how cool guys the Polish people are. I will show you history behind historical sites and recommend tourist attractions in my country. I will trail Polish origin of the greatest celebrities and stars. I hope I will manage to infect you with love to my country. I really do believe that Poland might be interesting to all tourists no matter which part of the world they come from. 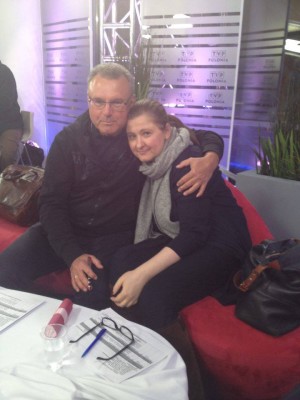 Photos from the film set of Quo Vadis, film based on a famous Polish book written by Henryk Sienkiewicz

Feb 22, 2016communications unlimited
Do you want to promote Limburg abroad?While we never dreamed we would live here, now we dream of staying for good
22nd February 2016 Business and Tourism, Central and Eastern Europe, International Journalism and PR

My Favourite Places in Albania
H.E. ambassador of Albania invites you to a virtual trip to Albania

100th anniversary of the Soviet Occupation of Georgia in 1921